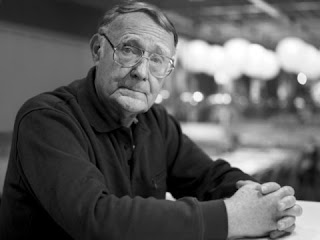 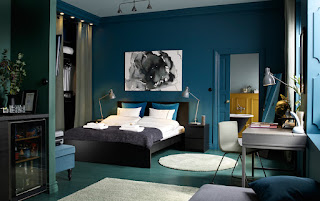 When news broke that the founder of furniture company, Ikea, Ingvar Kamprad had died, many people remembered him for not just changing the face of the furniture business in Europe, he was also one of the richest and most successful businessmen on the continent.

Reading through his life I learnt some things that were instrumental to the success of his business, that can still be replicated by Nigerians, Africans and businessmen around the world.

By small, I mean starting at a young age and starting with very little capital. According to his story, he started when he was very little.  Reports have it that
he actually started at age 5. He sold matchboxes ( what we call matches in Nigeria) to neighbours.
His capital was very little; I'm guessing he started with savings from his piggy bank.  Parents should realize  it is ok to encourage their kids to develop their entrepreneurial drive early.


2)Give the best quality at the cheapest rate

Even at a young age, he knew profit meant a lot to the survival of a business and the price of the product determined that. It wasn't enough for him to sell matchboxes to neighbours.

His first clients were probably neighbors who wanted to buy from the lil kid next door (who wouldn't want to help a lil kid?😊). But he knew if he wanted to retain them as customers and get new ones, he had to match the competition's price point.
To crush the competition, he had to sell at a cheaper rate, hence his journey to Stockholm, where he is said to have bought the matchboxes in bulk and sold them at a cheaper rate than most of his competitors, to customers.

3)There is money in the "Necessity Goods Market"
I have noticed that most businesses set up by Nigerian millennials target the luxury market. They figure there is alot of money to be made at a swoop with a sale. But the truth is that, you may make a alot with a sale, but when will your next sale be? Is that business sustainable?
The biggest market in Africa (and indeed the world) is the necessity goods market. Through out his life,Ingvar Kamprad offered affordable products for sale and he made alot of money from it.
He ended up being one of the richest men in Europe.

From selling matchboxes, he expanded his business to sell office stationary, which grew and expanded into Ikea. While he was selling his products, he still looked for new terrains to make money. His starting small with the sale of the matchboxes, didn't mean he would remain there.He was able to expand and diversify into other things.

He is said to have founded the Ikea company in 1950, buying furniture from local artisans and marketing it to families.

It is not until 1956, when he started the assembling, and deassembling, minimalist design, that he became a household name and started making money.

Reports have it that, when an employee was trying to load a piece of furniture (I think a chair) and he couldn't, he suggested they remove the legs, so it could enter the vehicle easily. That is when the idea of flat back designs popped to him. It is said that this new design and their price point, appealed to the emerging middle class market in Europe at the time.
He also took advantage of  snag, most furniture companies in Europe then, took time with their deliveries. He made his deliveries fast and easy to his clients.

Ikea may be an old brand, but it has stayed true to their core, minimalist design, but not without a modern and sometimes youthful touch. It's designs are simple, modern but with that youthful vibe.

It not only stayed in trend aesthetically, it also stayed in trend technologically. They took advantage of social media app, Instagram, to reach out to a new target market; the upwardly mobile, youthful demographic. Another core market they parleyed with were beauty gurus and vloggers. I actually got to know about them last year (or last two years, can't really remember) when I was admiring the setting of a beauty vlogger.

It is said that Mr Invgar wore clothes from thrift stores, drove an ageing Volvo, flew coach, stayed in affordable hotels and regularly used his supermarket loyalty card. He famously admitted to living the frugal life on live TV in 2016.....


If you look at me, I think I do not wear anything that was not bought at a flea market, I want to show a good example.

Obsessive much, some people might say, especially considering the fact that he was worth billions of Dollars while he was alive, but I'm sure being frugal is a trait that he developed early, which led to the survival of his business.

The "wise old woman" always told me that if you ate up all your profit in business, you are eating up your business on the long run. It is not just enough starting a new business. You have to be frugal with your spending habits.

The first few years should see you ploughing back most of your profit into the business so it won't die. It is true that in Nigeria, perception is everything when conducting business, but what is the point looking rich at the expense of the survival of your business?


In the world of business, he was an innovator who found his calling early and stayed true to his business ideas and brought alot of innovation along the way.