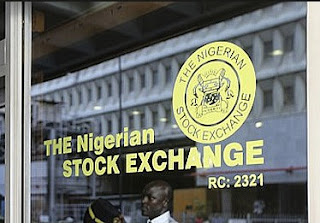 According to Bloomberg, the Nigeria stock market is experiencing a positive turn around. The market which received a huge blow years back, has been unable to bounce back; not with the slump in oil prices and the horrible state of the economy.

It has however received huge improvement partly because of rise in crude oil prices and increased foreign investment.
Via Bloomberg......

Nigeria’s stocks have been among the world’s best-performers in the past four months, and foreign investors are a big reason for that.

Net foreign inflows to Nigerian equities totaled 337 billion Naira ($940 million) last year, the first time flows have been positive since at least 2013. December was the best month since Bloomberg started compiling data at the beginning of 2014, with net inflows of 140 billion Naira, signaling a switch in sentiment toward equities in Africa’s biggest oil producer.

The turnaround has seen investors pile into the New York-based Global X MSCI Nigeria ETF this year, too. That’s increased the exchange-traded fund’s market capitalization to almost $100 million, triple the size of a year ago.