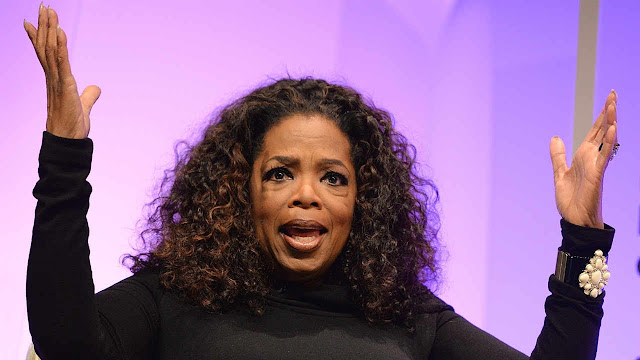 Following Oprah Winfrey's powerful Golden Globe Speech, word has it that she is considering running for president.

While some of her friends are quoted to have gone off the record to confirm the story, her longtime partner Stedman Graham, confirmed it to LA Times.

"It's up to the people. "She would absolutely do it."

Even respected movie star, Meryl Streep revealed  her desire for her to run for office. According to her.....

"I want her to run for president," Streep told The Post. "I don't think she had any intention [of declaring]. But now she doesn't have a choice."

Earlier in the evening,host of Golden Globes awards, Seth Meyers actually led credence to the rumour when he said........

"In 2011, I told some jokes about our current president at the White House Correspondents Dinner -- jokes about how he was unqualified to be president -- and some have said that night convinced him to run. So if that's true, I just want to say: Oprah, you will never be president! You do not have what it takes!"


Even though she has never run for office and does not have any experience, she publicly endorsed former president, Barack Obama, while he was a senator campaigning to be president.

She also supported Hilary Clinton when she ran for office.

What she lacks in political experience, she more than makes up in finance and goodwill.