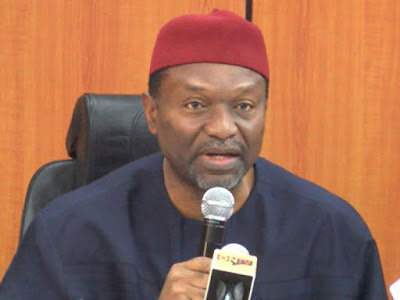 According to Nigeria's Minister of Budget and National Planning, Udoma Udo Udoma, the country's economy is growing fast and this is as a result of the
economic policies that are being implemented by the administration of Pres. Buhari.

He also revealed that focused labs that would generate about $25b for the country will be set up. He made the revelation while briefing news men after the Federal Executive Cabinet Meeting yesterday.

“All the indices in the economy since the Economic Recovery and Growth Plan were launched by the President in April have been moving positive. But we are not satisfied even though is all positive because we feel that we can still do better.”

On economic labs that would generate $25b via agriculture and other sectors........

“That is why we are organizing the labs, the focused labs will be commencing in the week of the 5th of March. We will be bringing in investors both domestic and international.
We will be looking at three areas Agriculture and Transportation, Power and Gas, Manufacturing and Processing. It is going to involve many Ministers in the Federal Executive Council, who are actually going to drive that process. The target for the labs alone is to generate $25 billion worth of new investments. Some of the investments will be Naira, some will be dollars because we are expecting significant amount of domestic investments not just foreign investments.”