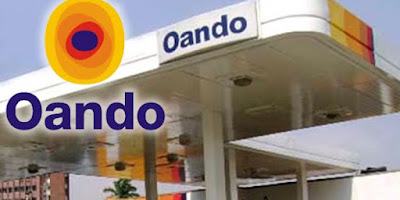 Indigenous oil and gas firm, Oando, has been involved in some crisis, leading to the  suspension of the trading of it's shares.

In a bid to reposition it's self, it put out a statement confirming the appointment of Mr. Muntari Muhammed Zubairu as Group Chief Corporate Services and Operations Office

Oando hereby notifies the shareholders and other stakeholders of the appointment of Mr. Muntari Muhammed Zubairu as Group Chief Corporate Services and Operations Officer. In accordance with Article 88 of the Company’s articles of association, the Board of Directors has also appointed Mr. Muntari Muhammad Zubairu as an Executive Director of the Company effective February 5, 2018.

Mr. Zubairu is a leader with 26 years progressive experience in the financial services industry. His experience and achievements cover key aspects of Banking, including International Banking, Treasury Operations, Retail, Corporate and Commercial Banking. He was until recently, a Deputy General Manager and Group Head Commercial Banking North, at Access Bank Plc. In that role, he used his experience and vast network to drive the bank’s strategy and growth in the North.

Mr. Zubairu holds an MSc in Project Management from the University of Salford, an MBA from the University of Abuja and a B.Engr. Electrical Engineering from Ahmadu Bello University Zaria. He is also a member of Chartered Institute of Bankers of Nigeria, Nigerian Society of Engineers and Council for the Regulation of Engineering in Nigeria. He has also attended several Executive Management Programmes in the leading institutions including Harvard Business School, Insead Business School, Massachusetts Institute of Technology and Lagos Business School.