Thousands of Nigerians to Loose Their Jobs as OLX Shuts Down 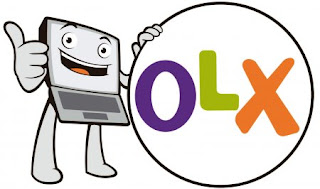 One of Africa's biggest  online site, OLX, has announced that they are moving out of Nigeria. OLX is a classified, ads website, is owned by South African company, Naspers. As at now, the website is still running.


Even though some reports are alleging that save for South Africa, they are likely going to shut down all their offices in Africa including  Kenya and Ghana, their press release however  did not confirm this.


"We made a difficult but important decision in Nigeria to consolidate our operations between some of our offices internationally.
Our marketplace will continue to operate here — uninterrupted — as it has since 2010, and we remain committed to the many people here who use our platform to buy and sell every month. We continue to be focused on constantly innovating to make sure that OLX remains the top classifieds platform in the country.
Of course, we are committed to helping our affected colleagues during this transition and have already offered them meaningful financial and other support. As we’ve expressed to them directly, we are extremely grateful for their many significant contributions to OLX’s success".


Reports have it that the staff of the company in Nigeria have been formally informed with a notice of termination to staff beginning in March, followed by their management team in April.

This shocking move is quite interesting considering the fact that ........

The sad part about this news is that thousands of Nigerians who work with the company directly and indirectly are going to be rendered jobless.