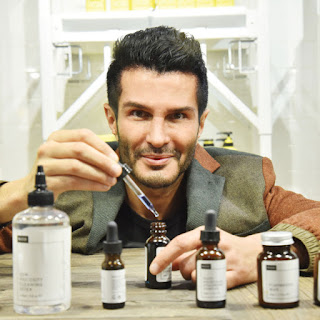 One of the founders of Canadian beauty brand, Ordinary, Brando Truaxe is dead. He was aged 40. Truaxe who until 2018 was the CEO of their parent company, Deciem, was ousted from the company after he posted on Instagram that the company should shut down over what he called
"financial crimes". He also announced that Deciem stores would be temporarily shut.

This did not go down well with cosmetics giant, Estee Lauder who took legal action against Truaxe.

Estee Lauder, in a bid to increase their market share in the global cosmetic market, showed interest in the company and acquired minority stake in the company.

Although he claimed among other things in a statement here that he can not be ousted as CEO after Estee Lauder’s acquisition, he was ousted and replaced by Nicola Kilner as acting CEO.

Nicola herself who was co-CEO had previously been ousted by Truaxe.Excerpts from the statement...


"While I do sincerely believe that ELC has embraced everything about us, the facts are nonetheless very clear: they have a minority shareholding position; they do not control our decisions or dictate our direction; and I continue to remain CEO (and there is documentation in place to make it nearly impossible to fire me). We will not change."

The above drama aside, it does not take away from he fact that Brando Truaxe grew he company into a $300m cosmetics giant.

Current CEO, Nicola Kilner, announced his death via an internal email she sent to staff of the company……

"I can’t believe I am typing these words. Brandon has passed away over the weekend. Heartbroken doesn’t come close to how I, and how I know many of you will be feeling. All offices, warehouses, factories and stores please close today and take the time to cry with sadness, smile at the good times we had, reflect on what his genius built and hug your loved ones that little harder. We are all in disbelief and shock but I will be in touch again very soon. I love you all incredibly much, as did he."